A Brief History of "The Firelands"
​In the years after the American Revolution, the state of Connecticut owned land called the Connecticut Western Reserve in the northeast corner of the Northwest Territory.  This area bordered Lake Erie in what is now northeast Ohio.  This area had two parts, and the western part became known as the “Fire-Lands.”

In 1792, the Connecticut legislature set aside the 500,000 western most acres of the Western Reserve for its citizens whose land had been burned by the British. This area was referred to as the Fire Suffers’ Lands, which was shortened to the “Fire-Lands” and later to the “Firelands,” all of which became Huron County.  Permanent settlement of the area began about 1808, but most of the settlement did not occur until after the War of 1812. 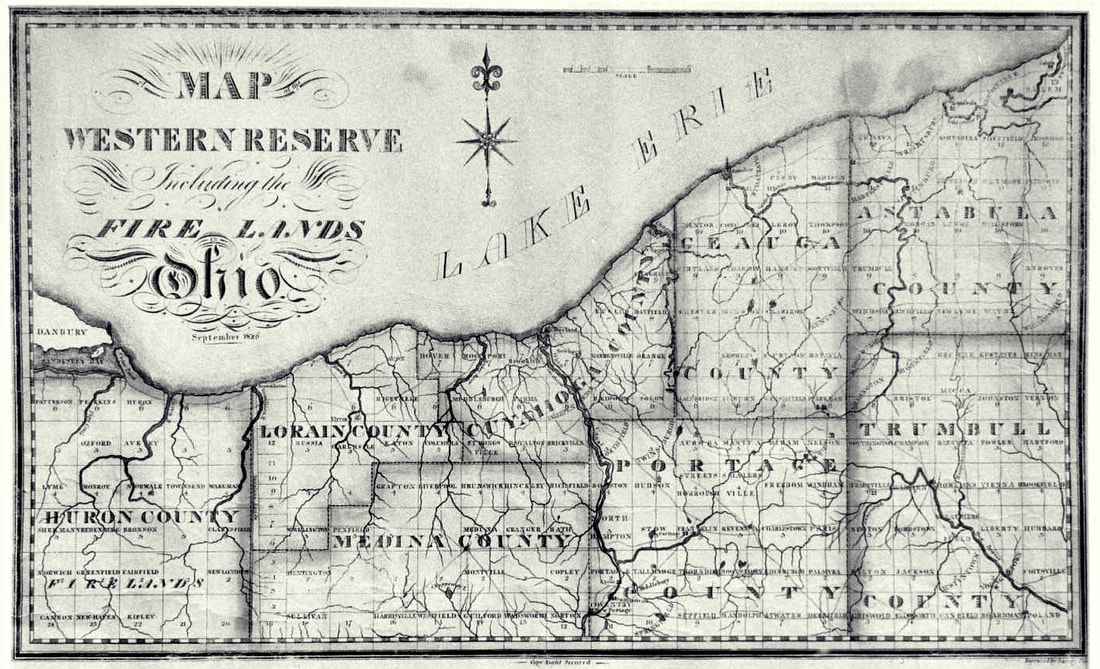 1826 Map of the Western Reserve Including the Firelands 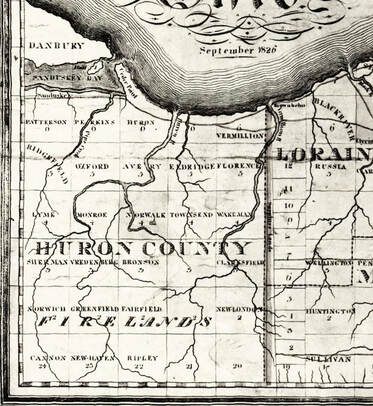 "The Fire Lands" in the Western Reserve
​ 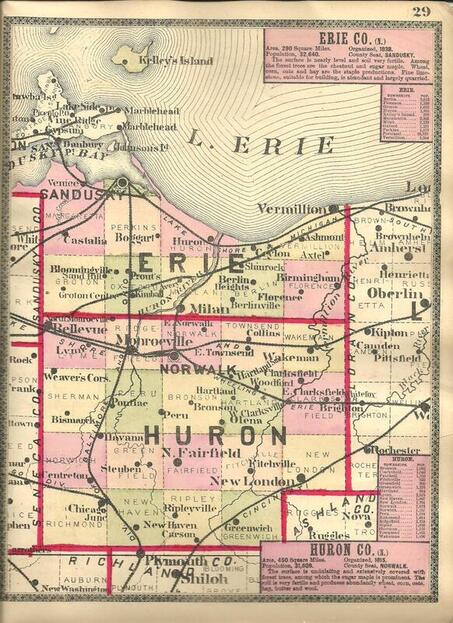