Met Death by Flames​​​
————--
​BODY OF WELL KNOWN MONROEVILLE
​WOMAN FOUND BURNED TO A CRISP
​————--
Monroeville, O.,  March 6.—On Tuesday afternoon the people of this place were startled to hear that Mrs. Sarah Sutton, an aged lady of 85 years, living south of the depot, had burned to death. At the time of her death she was alone in the house; one of her sons was out on the porch, but she made no noise or cry for help, and when he went into the house her clothes were burned off and her body was burned to a crisp. It is supposed pipe, as she was addicted to smoking. 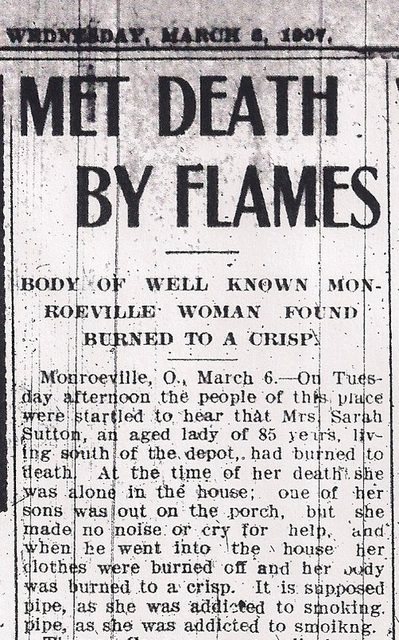